Warning: You are looking at a preview of your content.
This video player is not fully supported on a mobile device, please use our mobile app.
This is a beta version of new player. If you want to use the old one, click here
Loading...

TURN IN YOUR ASSIGNMENT


WRITE A MESSAGE TO INSTRUCTOR

It is a long established fact that a reader will be distracted by the readable content of a page when looking at its layout. The point of using Lorem Ipsum is that it has a more-or-less normal distribution of letters, as opposed to using 'Content here, content here', making it look like readable English. Many desktop publishing packages and web page editors now use Lorem Ipsum as their default model text, and a search for 'lorem ipsum' will uncover many web sites still in their infancy. Various versions have evolved over the years, sometimes by accident.

It is a long established fact that a reader will be distracted by the readable content of a page when looking at its layout. The point of using Lorem Ipsum is that it has a more-or-less normal distribution of letters, as opposed to using 'Content here, content here', making it look like readable English. Many desktop publishing packages and web page editors now use Lorem Ipsum as their default model text.

GIVE FEEDBACK TO YOUR STUDENT

In this online course, the viewer will learn about Particles in Houdini while creating energy FX that will it interact with a character.
The course will start by preparing the character mesh for particle interaction. We’ll then move on to creating the main source of the blast with all the necessary attributes to generate a nice energy blast with POPs. After that, we’ll work on adding radial blast waves using FLIP. The third layer of the final effect will be another POP sim where we’ll have the energy blast envelop the character. We’ll finalize with some extra FX layer of electric arches and some sparks. Finally, we’ll bring everything together with a mix of render techniques but focusing on the super-fast Redshift.
Along the way, we’ll be exploring some of the brand new Houdini 19.0 amazing updates while learning many tips and tricks to work efficiently and get amazing results.
This course has been designed for beginner-intermediate users so I expect you’re already familiar with the essentials of Houdini. The complexity of the topics and assignments will start fairly simple but get progressively more complex throughout the course.
After viewing this course, people can expect to feel confident while creating complex Particle FX with Houdini using some advanced techniques and also rendering those FXs with Redshift and Karma in Solaris.
Main Takeaways:
- Optimizing animated geometry caches for Particle simulations
-  Simulating Particle FX with POPs
-  Simulating Particle FX with FLIP
-  Wedging in Houdini 19.0
-  Controlling Particles movement and behavior
-  Creating custom velocity fields for particle advection
-  Combining multiple “simple” FXs to build a more complex and interesting result
-  Custom “electric” arches/lightning with Particles
-  Using Houdini 19.0 Simulated Sparks
-  Rendering with Redshift
-  Shading Particles for energy FX
-  Lighting with Particles
-  Lighting and Rendering with Karma in Solaris
-  Splitting the FX into multiple render passes for total control in Compositing
Course Structure:
Chapter 1
We’ll start by doing a quick overview of the start scene that was used for the promotional video of the course. Next, we’ll make sure we have a Robot mesh prepared for properly interacting with the Particles. Finally, we’ll work on our main energy blast making use of a POP network, with POP Forces, advection volumes and more.
Chapter 2
We’ll go through the process of creating radial blast waves using FLIPs combined with some POP elements that will allow us to control and shape the effect as we want.
Chapter 3
We’ll work on our third FX layer consisting of a part of the energy effect enveloping the character. We’ll be using some advanced particle advection and custom Forces to control how the particles behave.
Chapter 4
We’ll develop two more layers for the final effect: Electricity Arches and Sparks. We’ll use POPs and a custom system for pairing points and creating the electric arches traveling through our character’s body. These will occasionally generate Sparks that we’ll base on the new Houdini 19.0 quick setup and some customization.
Chapter 5
Finalizing the energy blast's look will be accomplished in the final chapter by rendering all the different FX layers in Redshift.
Chapter 6
We’ll explore shading, lighting and rendering with Karma in Solaris. 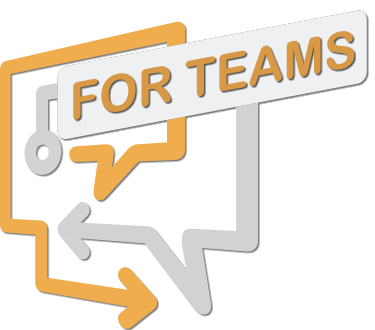 Available on CGCircuit for Teams 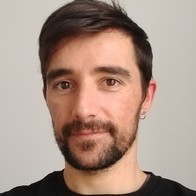 Watch all courses starting at $9.00
Part of one or more bundles
For a multi-user license,

For studios and schools only, learn more
Or checkout the Subscription Plan