Warning: You are looking at a preview of your content.
This video player is not fully supported on a mobile device, please use our mobile app.
This is a beta version of new player. If you want to use the old one, click here

UPDATED FOR HOUDINI 18!
This tutorial is the first volume  in a series of tutorials about Destruction in Houdini.
In this volume, the viewer will learn everything needed to generate fracturing in preparation for destruction effects, fracturing is fundamental in achieving realistic and controllable results and is one of the most important steps in the generation of Rigid Body Dynamic simulations.
When used effectively, fracturing can also be a powerful procedural modeling technique.
We will go beyond Voronoi fracturing and learn many ways to add detail to each fragment while still keeping low-resolution geometry for later simulations, we will also learn the pros and cons of boolean fracturing and even create fragmentation manually for ultimate control. Finally we will learn all about the new RBD Fracturing workflow in Houdini 17 and above; the RBD Material Fracture.
This course has been designed for beginner to intermediate level Houdini users wanting to specialize in destruction effects for television, films or games.
After viewing this course, people can expect to be able to generate fracturing using many different techniques, not only in a controllable way but also in an efficient manner, depending on the specific needs of the effects they need to create.

Intro to Terrains in Houdini and Unreal 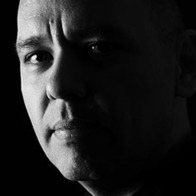 Watch all courses starting at $9.00
For a multi-user license,